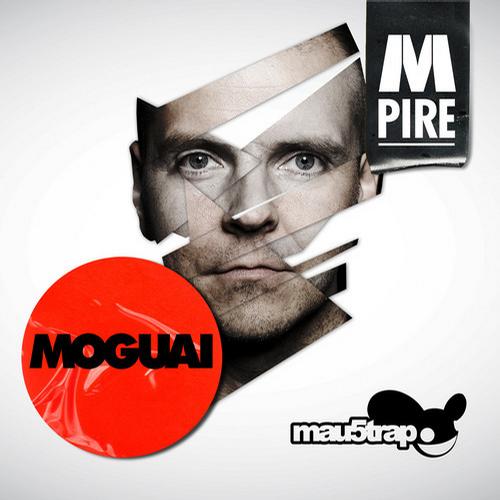 The year 2010 was one that will be remembered as a year of change, development and advancement in both life and in culture.

Perhaps this is part of the reason for the phenomenal rise of Andre Tegeler, better known to the dance community as Moguai.

A far-reaching and highly respected DJ on his homegrown German circuit, it could also be argued that you only get out what you put in – with this case, Moguai has fully reaped the rewards of a hard working ethos and highly honed production sound, firmly establishing himself as a One to Watch for 2011 and a rapidly growing worldwide fan-base.

In between the worldwide release of his debut album WE AR LYVE (the first non-Deadmau5 album released on the rodent Mau5trap imprint), and turning out high profile remixes for the likes of famous boffin Moby and ambient minor-tone masters of chill Royksopp, Moguai has been constantly touring, honoring a packed schedule which has seen him twice head over to the US and Asian continents as well as wowing Europe wide audiences and parties with his unavoidable energy, selection and persona.

The demand for Moguai and his newly formed LYVE setup has been represented fully over the past 3 months, planning, devising and creating quality tracks like they’re letters of the alphabet. 2010 saw him release Dynamik on Mau5trap with global house sensation Michael Woods, remix classic dance stalwarts Moonbeam, hold the biggest competition that DJ Download ever participated in and more recently, releasing his most accomplished and popular track to date – ‘8001 / Stay Planetary’, which made the playlist of Pete Tong’s Essential Selection show and covered by a flurry of tastemaker press and magazines including a front cover on Raveline magazine. For further proof check out the Beatport stats: several positioning’s in the overall chart with singles 8001, Oyster and Nyce – and reaching No.1 in the progressive house chart – the boy wonder is fully deserving of his ascending status as Germany’s premier breakthrough house DJ.

With recent release on the UK’s Skint label, Steve Angello’s SIZE records and more penciled releases on Mau5trap and the revitalization of the Punx label, 2011 will surely solidify his reputation as molten-hot property.